You are here: Home1 / NEWS2 / Exploring the breakdown of our relationship with nature 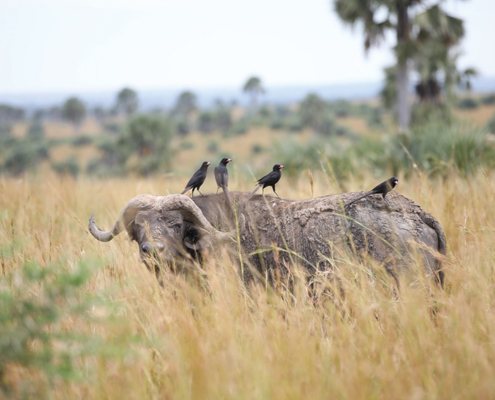 As the world changes around us, DENNIS TABARO from AFRICE, Uganda, considers how human activities have created ruptures in the order of things.

Cormack Cullinan, a South Africa-based commercial lawyer and environmental law and policy professor writing back in 2002, said, “I certainly believe that the dominant cultures of the 21st century could learn important principles and techniques from systems of governance of the indigenous peoples that would be useful in developing more Earth-centred governance structures for our times … Not to do so would be extremely arrogant, foolish, and criminally irresponsible.” (Wild Law, 2002).

As we celebrate Earth Day on 22 April, our present societies indeed need to appreciate that we live as a community of beings, where Earth herself is living and maintaining a relationship with other “beings” not just “human beings”. This relationship is vital for the sustaining of us all. Positive human relationship with animals, insects, birds, trees and all forms of nature is an important consideration when it is increasingly apparent that human activities and actions are responsible for the current biodiversity loss, climate crises and emergence of new diseases like COVID-19.

This is why this year’s Earth Day theme of Climate Action is very important. We as humans need to check our human activities. We have invaded and destroyed animal habitats as we expand our crop plantations. Animals have been irresponsibly hunted, traded and/or killed, making many of the species extinct Yet animals play an important role ecologically, as well as providing important biocultural roles in our communities.

An example of an interesting human-animal relationship is that of the great Apes, such as chimps, monkeys and baboons. Being close relatives of man, few communities eat them. They are killed mainly for the supply of skins and other medicines. Animals are also killed because they invade and eat peoples crops.

The Banyabutumbi, an indigenous community in Uganda on the shores of Lake Edward, have traditions and practices that explain their strong attachment to animals, especially the Apes. During the time Mbogo (chief custodian) was still alive, in the 1990s, giving leadership to the community, different species of the Apes had their role as far as their relationship with humans was concerned.

Elders say that Apes were not killed because they are another race of humans and would guard them against other wild animals which would want to harm humans. For example, hunters would be led by a baboon (Enkobe) and another would be behind to ensure the security of the hunters. In case of any danger, they would make a sharp noise and make signs for hunters to get prepared.

Apes guarded peoples’ gardens against thieves. You would find a baboon on the garden which would even beat you with a stick if you had come to steal! When a person destroyed or stole the others’ crops, Mbogo would send these apes to also destroy the thief’s garden as a revenge.

Apes had a specific time in a week when they were fed with fruits by Mbogo. It is said that people would collect mangoes, pawpaws, and other fruits to give to him and then he would take these to a specific site where they would find them. The increasing habit of Apes eating peoples’ gardens is because humans no longer give them food as it used to be. Elders say that there are other accompanying rituals which they are not at ease to mention.

Banyabutumbi also observe that rice growing and other forms of cultivation that has led to the cutting of trees, including mangoes and other fruits, is responsible for loss of food for these Apes. Rice growing is common in this part of the Rukungiri district and has become prominent as a cash crop rather than for food for the local community.The staple food crop for these people is millet and cassava. They were lured into growing of rice to sell after fish, their traditional source of food and income, had been curtailed by government who allocated fishing permits only to well-placed political, nontribal individuals.

“We used to live with these animals, and they were so many. But when the land (the Park) was given to Elzabesi of Bulaya (Elizabeth, the Queen of England) we see animals steadily reducing in numbers,” comments Mzee Kibetsigire, an 85-year old from Kikarara, near Queen Elizabeth National Park. Kibetsigire is among the community elders who strongly believe that the creation and gazetting of animal parks and game reserves was one form of breaking human relationship with animals. This disconnection has further created animosity between the once ‘one community of beings’.

People never went to hunt and kill animals. The lions would kill animals and then bring them to people. Kibetsigire explains, “when we wanted meat from the bush, we would send our dogs (referring to lions) which would quickly bring us the meat we wanted.” He emphasizes that in order to guard against any diseases or poison that could be found in animals, they would make sure the head is not eaten and the meat would be roasted.

In Buliisa, an area along Lake Albert, among the traditional communities of Bagungu, the restriction of Balamansi (Elders who are custodians of Sacred Natural Sites) to access Mpuluma (Sacred Natural Sites) is the reason why animals are over hunted without following any traditional regulation. They believe that Kaliisa (the ancestor in charge of animals) is not given his due respect in the form of food and paying due homage. They cannot do this when they do not visit the Mpuluma where they would be given instructions on when hunters should go hunting, which animals should be killed, and which ones should not be.

As the world marks the International Day of Mother Earth, it is imperative that we mend the holistic relationships between humans and animals, humans and fellow human beings, natural world and all that is found in the land, sea and the sky. This is the surest way to take care of our Planet Earth and avert the looming climate chaos.

Our partner The Gaia Foundation has recently launched Custodians of Life, a film in collaboration with other Ugandan organisations. Watch it here. 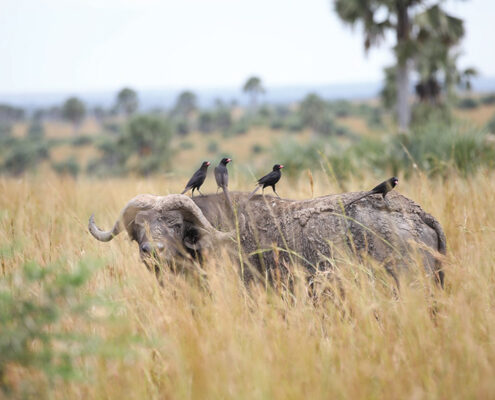 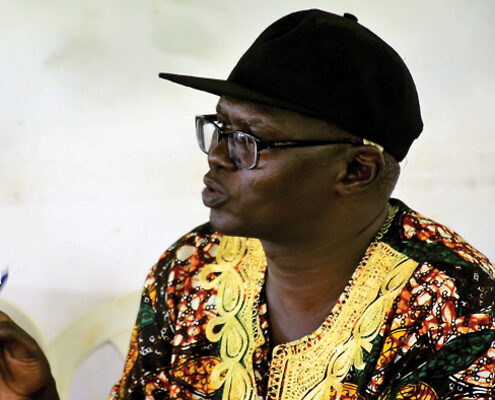 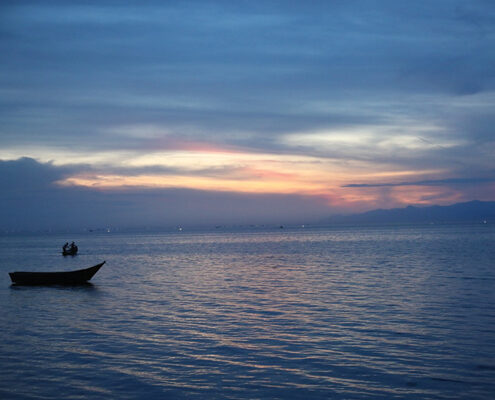