Blog - Latest News
You are here: Home1 / NEWS2 / KENYANS HAVE A RIGHT TO KNOW WHAT THEY EAT 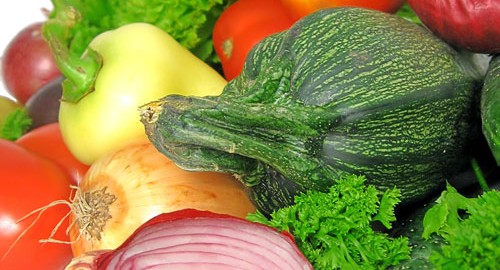 In 2010, the Kenya Biodiversity Coalition (KBioC) issued an alert over the importation of a consignment of 3.2 million bags of 100 per cent GMO maize from South Africa at a time when Kenya had a bumper harvest.

The coalition raised several concerns which have never been answered to date.

A key concern was why the country was importing GMO maize when farmers in Kenya’s maize basket did not have a market for their produce.

Further, the price being paid for the imported maize was way above the price paid to locals. Article 20 of the Biosafety Act 2009 states that a person shall not import GMOs without the written approval of the National Biosafety Authority.

In 2010, the NBA or its precursor, the National Biosafety Committee, was still not operational, and questions were asked as to who approved the importation.

Neither the South African nor the Kenya governments had followed due diligence to ensure safety and protection for human health and the environment in conformity with the rules governing biosafety in Kenya and the Cartagena Protocol to which Kenya is a signatory.

Both the Cartagena Protocol and Biosafety Act 2009 obligate the government to involve the public in decision-making on matters pertaining to biosafety.

Article 54 of the Biosafety Act 2009 obligates the government, through the National Biosafety Authority, to promote public awareness and education on matters related to biosafety including disclosure of approvals in newspapers with national circulation.

There was no public engagement in this or even subsequent cases of illegal importation of GMOs in 2011. Even with the signing of the Kenya Biosafety Law in 2009, the law could not take effect without the enactment of regulations and standards.

Maize varieties BT11, NK603, MON810 x, and NK603 are not allowed in the EU markets because of safety concerns on animal, human health and environment.

New evidence that has just been released by Prof Gilles Seralini of the University Caen in France has shown evidence of the development of cancer tumours on rats fed on NK603 over their entire lifespan of two years.

It is noteworthy that South Africa’s maize is composed of almost 40 per cent NOK603, most of it exported, with Kenya as a leading buyer.

What is worrying about the situation is that Kenyans, and even South Africans, eat the maize as a staple food for breakfast, lunch and even dinner.

The situation in Europe and the US is different as most of their maize is fed to livestock. But NK603 has been banned even as livestock feed in France.

Given that GM foods are not labelled in many countries, it has been difficult to trace and monitor the side effects.

In the US now, there is a big push to label GM foods and Kenya is also in the process of doing so. It is fundamental that we ensure our population have a right to choose the kind of food they want to eat.

It is thus important that Kenya be not used as a dumping ground or human testing ground for GM varieties that have been rejected elsewhere.

AFRICA IS NOT A PLACE FOR GMOS
Scroll to top