Blog - Latest News
You are here: Home1 / NEWS2 / AFRICA IS NOT A PLACE FOR GMOS 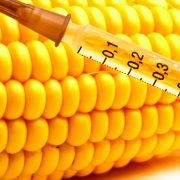 AFRICA is not a place for GMOs, says African Biodiversity Network advocacy coordinator Anne Maina.Commenting on calls by Zambian stakeholders for government to open debate on Genetically Modified Organisms (GMOs) in the country following Kenya’s introduction of GM maize, Maina said genetically engineered foods were not a solution to the food shortages and climate change problems in Africa.Maina said Africa already had the solutions to hunger and climate change problems the continent was facing.“Everything that genetic engineering has claimed to offer can readily be achieved through safer methods such as non-GM breeding, intercropping and creative innovation,” Maina said in an emailed statement from Kenya.“We do not believe that top-down technological solutions will solve the many challenges that Kenyan farmers face. This one-size-fits all solution cannot attend to our varied needs.”She said public research institutions in Africa should shift focus back to farmers needs rather than supporting agribusiness, which seeks to colonise the food and seed chain.Maina explained that farmers and consumers in Kenya had rejected GM crops because the patented seeds makes seed-saving illegal.“We believe that the patenting of seed is deeply unethical and dangerous; it undermines farmers’ rights to save seeds and will make us wholly dependent on corporations in the future,” she said.“80 per cent of Africa’s small-scale farmers depend on seed saving, so patented crops present a threat to their food security and way of life especially now with the challenges of climate change.”Maina said she did not believe that bio-technology would solve the many challenges that farmers in Africa face.“…Instead, we call for collaboration between farmers, scientists and government to ensure that we produce healthy and plentiful food,” Maina said.“We have clearly seen how farmers who grow a diversity of crops using organic farming techniques become much more food secure than on conventional or GM varieties, where expensive seeds and chemicals must be purchased each season.”She said research on GMOs was already costing Africa huge sums of money which could go into supporting farmers revive and develop a huge diversity of locally-adapted, drought-tolerance, and pest-resistance crop varieties.Maina further warned that multinational companies, which were desperate for new markets in Africa after their wholesale rejection in Europe, were the ones pushing for GM crops’ introduction in Africa.“The push for GM crops in Kenya has not come from the farmers, it has come from the GM companies desperate for new markets in Africa after their wholesale rejection in Europe.  Africa is not the place for GM crops,” said Maina.The African Biodiversity Network is a charitable organisation that was formed in response to growing concern about threatened biodiversity and community livelihood in Africa – mainly due to the effects of industrial revolution. It has partners in Benin, Botswana, Ethiopia, Ghana, Kenya, Mozambique, Senegal, South Africa, Tanzania, Uganda and Zambia.

KENYANS HAVE A RIGHT TO KNOW WHAT THEY EAT

KENYAN UNDER FIRE FOR ALLOWING IMPORT OF GMOS
Scroll to top