Blog - Latest News
You are here: Home1 / NEWS2 / KENYAN UNDER FIRE FOR ALLOWING IMPORT OF GMOS 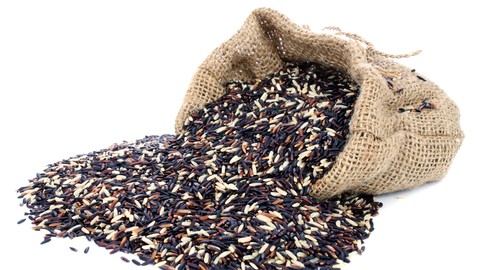 “We believe that we can feed our communities and this country with organic and agroecological farming practices that do not destroy, pollute and contaminate food, land and seeds,” said Gacheke Gachihi, the coordinator of the Bunge La Mwananchi Social Movement. “Our ability to feed Africa through agro-ecological practices is recognised and supported by United Nations reports. We call upon the Government to support small-scale farmers in having access to water and capacity building in agro-ecology and for this to be enshrined in our Kenyan policies.” The activists said there is a growing body of scientific evidence to show that genetically modified foods can cause serious damage to health, environment, food production and livelihood. They cited animal feeding trials, that have shown damage to liver, kidney and pancreas, effecting on fertility and stomach bleeding. They said some of the problematic environmental consequences of genetically modified foods include the development of insect species that are resistant to the pesticides engineered into crops as well as the emergence of new and secondary pests destroying farmers’ crops forcing them to buy and use highly toxic pesticides. Not the solution “We do not believe that top-down technological solutions will solve the many challenges that Kenyan farmers face. This one-size-fits all solution cannot attend to our varied needs. Instead, we call for collaboration between farmers, scientists and government to ensure that we produce healthy and plentiful food,” said Maina. “This is a solution- centered approach and farmer-scientist cooperation has in the past resulted in such innovations like the Katumani breed of maize for drier areas of Kenya and an improvement in food production systems and increased yields in a sustainable way,” she added.
The activists said hunger is not caused by under-production of food, but because people have no money to buy food, and therefore the genetically modified maize may be as expensive and will not solve hunger problem. “We want the Government to protect the integrity of agro-ecological practices and farmer saved seed varieties by banning the introduction of genetically modified foods into Kenya,” the activists said in a joint statement.Read more at: http://www.standardmedia.co.ke/business/article/2000038325/kenyan-under-fire-for-allowing-import-of-gmos?pageNo=1

AFRICA IS NOT A PLACE FOR GMOS