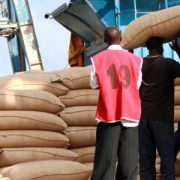 The government says genetically modified (GMO) foods remain outlawed despite reports that a consignment of about 40,000 tonnes of South African maize produced through the technology was lying at Mombasa port.

“We are aware that we have about 11,000 tonnes of contentious maize at the Port of Mombasa, but until scientific results are obtained we may not confirm they are of GMO type. We still treat the reports as allegations,” Agriculture PS Kiritu Wamae told Business Daily.

“Nonetheless the law is currently quite clear and GMO products remain outlawed in Kenya. Any GMO shipments into the country remain disallowed.”

Advocacy group Kenya Biodiversity Coalition early this week claimed that the South African government had authorised a firm to export 240,000 tonnes of GMO maize into Kenya.

The group also claimed that commodity trader Louis Dreyfus had a further 40,000 tonnes already held up in Mombasa.

“Why the pressure to bring in more maize now when there is a glut (of local maize) and the Biosafety Bill has not been gazetted yet?” Anne Maina, the coalition’s advocacy coordinator told Reuters on Monday. “We see this as a scheme to bring in maize and corrupt indigenous maize. It will contaminate the Kenyan gene pool.”

Mr Wamae, however, said the government would treat the GMO claims “as rumours” until food and other commodity safety agencies certify the nature of the consignment.

Kenya is yet to embrace the GMO concept even though an Act guiding the legal and legislative frameworks on modern biotechnology is already in place.

The Biosafety Act 2009 was approved by President Kibaki in February last year with the National Biosafety Committee as an interim measure until the biosafety law is implemented.

The National Biosafety Committee executes its activities under the National Council for Science and Technology (NCST).

Agriculture minister William Ruto has on several occasions gone on record in support of GMO technology, saying the dominance by genetically modified maize is frustrating government efforts in sourcing for imports in key international markets to cover for local production deficits.

“We are now forced to pay a premium for normal maize because close to 90 per cent of the global grain market is now comprised of GMOs,” he claimed late last year.

The minister said the government pays an average $300 per tonne for normal maize compared to $200 per tonne paid for GMO stocks.

But even as debate on the suspicious maize cargo at Mombasa port carried on, the controversy over GMO is not in Kenya alone as it has played out even in developed economies such as Germany where authorities last April said they would ban cultivation and sale of GMO maize despite European Union rulings that the biotech grain is safe.

The move put Germany alongside France, Austria, Hungary, Greece and Luxembourg which have banned MON 810 maize despite its approval by the EU for commercial use throughout the bloc.

“I have come to the conclusion that there is a justifiable reason to believe that genetically modified maize of the type MON 810 presents a danger to the environment,” German Agriculture and Consumer Protection minister Ilse Aigner was quoted by Reuters in April and stressed the five other EU states have taken the same action.