Biodiversity as the key to food security

You are here: Home1 / NEWS2 / Biodiversity as the key to food security 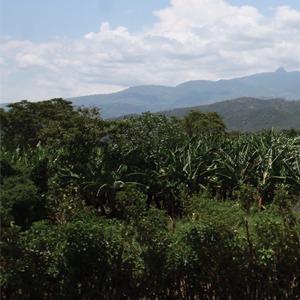 A balanced ecosystem encompasses all living things being naturally interconnected in a socially mutual network to enhance their survival. In light of this, TUWODEP advocates for sound agroecology practices in its operational zones as narrated by RAPHAEL ALI  YENBAPONO.

Biological diversity, otherwise known as biodiversity, is very essential for a meaningful life on earth. Every living organism has the right to move freely, reproduce, occupy space and carry out other life processes in their natural environments devoid of chaos, destruction and hindrance. These living organisms are naturally interconnected in a socially mutual network. They, therefore, inter depend on one another for survival. Any attempt to disconnect this mutual social network will cause an imbalance in the ecosystem. It is in this light that TUWODEP is promoting activities that will sustain biodiversity in its operational zones. TUWODEP sees the need and urgency of maintaining a balanced ecosystem and has thus joined the Upper West Coalition on Mining, Food, Water and Sacred Natural Sites for a broader network to address
the menace.

Organic fertiliser in place of chemical fertiliser
With farmers’ groups, mainly women, comprising of more than two thousand (2000) farmers, TUWODEP has supported its members with technical and financial support in the area of using organic fertilisers on their farms. Notably, TUWODEP, in partnership with Heifer International, is executing a project dubbed PASS ON THE GIFT (POG) Project by supporting members with ruminants to manage. Depending on the number of animals given to each member, the same number is passed on to another member after breeding while the rest belong to the initial member. The importance of this project is to encourage animal production but more importantly, to
use the animals’ droppings as fertiliser on their farmlands. Prior to this, the farmers were taken through compost preparation and practising it. The organic fertiliser is relatively cheaper than the chemical fertilisers and has less side effects on both plants and animals.
Block ploughing in place of tractors
Farmers have also been taken through block ploughing. Block ploughing of farmlands cause minimal disturbance to the soil thereby less destruction to the abodes of soil
living organisms.

Fight against bush fires and felling of trees
TUWODEP, in collaboration with traditional leaders and other stakeholders, is up in arms against indiscriminate bush burning and felling of trees. Community members have been admonished to avoid bush burning since it destroys a wide variety of plants and vulnerable animals. The problems associated with bush burning and tree felling are already evident in TUWODEP operational areas.
The vegetative cover has drastically reduced; medicinal plants for traditional healing are now difficult to come by. In an attempt to halt the activities of indiscriminate bush burning, TUWODEP is seeking financial support from individuals and organisations to establish a bee keeping zone (apiculture). This is aimed at directly involving the people to stop bush burning whilst improving their financial status. There is, however, hope for better vegetative cover since community members are making strenuous efforts to plant trees and stay away from indiscriminate bush burning and felling of trees.
Promoting indigenous seeds
Farming for the rural people in TUWODEP operational zones is neither an act, event nor business alone. Rather, it is a component of their culture and tradition. Indigenous seeds are, therefore, held in high esteem. The seeds are considered as a huge inheritance from their ancestors. These seeds are used for seasonal planting with an incredible yielding potential; and more importantly, are well adapted to their environment. TUWODEP, through its advisory services, encourages farmers to continue with their traditional crops since they are the best for consumption and also require
low external inputs.

Future plans
TUWODEP has the following plans for the future in its operational zones:
. Expand the scope of approach in the above listed cases
. Draft a position paper covering all indigenous crops
. Actively involve young people in executing community related development with particular attention
to biodiversity
. Visit and encourage all community members to identify themselves with their unique traditional values i.e.
traditional dishes, dressings, dance, etc.
. Actively engage with traditional leaders to protect all sacred sites