Blog - Latest News
You are here: Home1 / NEWS2 / THE NEW SCRAMBLE FOR AFRICA 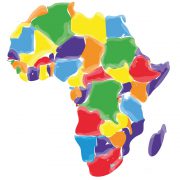 The second scramble for Africa is definitely with us. Africa is being shared up once again, a perfect replay of the Berlin Conference held between 1884 and 1885. However, there are salient differences between the two scrambles for Africa, both of which have been used by western countries to justify their illegal take-over of Africa. GATHURU MBURU writes.

In the (in) famous Berlin Conference of 1885, Africa was dubbed as a dark continent which needed salvaging from itself, by bringing light to the continent. The God-sends did not involve or inform Africans of the decisions to share up their territory. The west has today dubbed Africa as idle land, which needs to be excited into activity to produce food for Africans. Today, however, elected African leaders are the key players in the scramble as they play a very dangerous facilitative role.

African communities basically survive on bio-diverse resources, including crops and animals. Production in Africa is primarily small scale in key life-sustaining sectors that feed over 80% of the continent’s peoples. Most farmers produce on a small scale. Livestock production is also small scale for most pastoralists, while fishermen catch few fish with their unsophisticated gear. Africa’s hunter-gather communities work very closely with nature and the artisanal mining has hardly caused any serious environmental impacts. This character of Africa’s civility in survival is the target of new-day scramble, as the continent is viewed as a gigantic unexploited resource.

The new scramble is being manifested in many ways but the most outrageous is the resource take-over, which is being referred to as foreign investments. This is happening in vital resources of forests, grasslands, farmlands, seeds, water, and the new found minerals – all of which are leading to massive land grabs across the African continent.

For the small scale farmers of this continent, our governments are being arm-twisted by powerful multinational seed companies to pass laws that criminalise handling and sharing seeds that communities have saved and shared since the beginning of their time.

The Seed and Plant Varieties Acts are being aligned to the injurious requirements of UPOV 1991; these same laws are being harmonised regionally, with the aim of having a continental law on seeds; Biosafety Acts in several countries in Africa are designed to allow genetically modified organisms into the countries, and they are also being harmonised to allow easy flow of genetically modified foods and seeds in the continent. Clearly, the sovereignty of the continent of Africa is once again under siege.

The above laws are an affront to food sovereignty of the continent, an ideal that small scale producers (small scale farmers, pastoralists, fisher folk, hunters and gatherers) – have held dear for a long time, and which has provided food to over 80% of Africa’s peoples. The same laws are taking away the responsibility of African peoples to feed themselves, and giving it to multinational companies whose key interest is to make profits.

As the adversaries strengthen their resolve to illegally take over the lifeline of Africa’s peoples, it is incumbent upon African communities to organise and consolidate their struggles to protect the resources of the continent for posterity. It is widely believed that Africa is the least prepared continent to face the vagaries of a changing climate.

Africa’s grassroots movements must go out to reclaim, liberate, use, protect and share locally the resources of the continent for true food sovereignty to be realised.