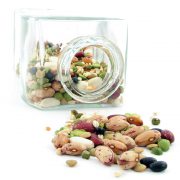 Agriculture, particularly in a situation where it is dominated by smallholder farming, is the twine that interweaves the fabric of  every day social relations and activities FASSIL GEBEYEHU  explores.

The importance of explaining the leading role of agriculture is two fold. First is the fact that agriculture is the source of food and raw materials for industries so that any harm imposed on this sector would influence not only development but also life on Earth. The second point is that the main resources of this sector such as soil, water, and seed are increasingly becoming vulnerable to manmade and natural threats.

The foundation of farming system in sub-Saharan Africa has been evolved in adaptations of a wide range of climates, soils and labour in which traditional technologies are used according to diverse contexts. Most African farmers often engaged in a range of farming activities from clearing of land, preparation, seeding/planting, fertilisation, weeding, use of animals, labour, supply of fodder etc. to a complex set of social relation which supports to sustain their practices. This implies the fact that agriculture, particularly in a situation where it is dominated by smallholder farming, is not as such distinct domain of production; rather, it is interwoven in the fabric of everyday social relations and activities. For small holder farmers in particular, seed is not only for current consumption and future food security but it also provides guarantee for reliable maintenance of culture and history. It is ‘…the first link in the food chain…is the ultimate symbol of food security…’ (Shiva and Krishnan, 1995).

National and global development policies promote high input technology/market based agricultural interventions which have led to the marginalisation of local farming knowledge. Promotion of the so called ‘modern/improved seeds’ has been associated with high input, top down and technocratic agricultural systems that increasingly threaten knowledge and practice related to cultivation of local varieties of seeds. Evidence from Southeast Asian countries including Indonesia, Malaysia, India, Thailand, Taiwan, Korea and China (Binswanger and Deininger, 1997) shows smallholder agriculture have been significantly contributing to economic growth, conservation of natural resources and genetic conservation of seed diversity. With respect to ensuring the continuity of crop genetic diversity, it seems that researchers may need to have further exploration of a wide array of farmers’ crop diversity which provides a range of options in ranges of ecological settings.

Farmers’ seed varieties are immense sources of the world’s food diversity and the loss of these varieties would be resulted in extreme hardship to both global deprivation of diversity and loss of productivity and resilience to the poor in the third world countries. It is concerning to see the tradition of growing seed diversity, which is maintained and practiced by smallholder farmers are at risk while they are supporting life of large portion of humankind all over the world. Shiva (2000) explained that for many centuries, farmers of the Third World provided a great extent of diversity of seeds and plants from which consumers are getting nutrition they need. Evidence from India can be an example in which Indian farmers alone have bred and maintained 200,000 varieties of rice. This shows the fact that seed diversity may provide better option for food security particularly in the context of increasingly vulnerable bio-physical and agro-ecological climatic conditions.

In most cases of Africa, the long term practices of intercropping and cultivar mixtures proved to be an excellent defence against biological and climatic hazards to crops. For example, amongst many smallholder African farmers Rwandan farmers often grow up to eight different potato cultivars, bananas, beans, and sweat potatoes at once within farming fields (Brokensha and Little 1988). This mixed cropping then found to be advantageous in terms of getting use of different traits as disease and pest resistance, tolerances of rainfall excesses and deficits, marketability and so on. In the context of modern agriculture, the main focus is maximising productivity through high-yielding varieties and high input mechanism. Hence, one can see that the trend from modern agriculture is dominating the small-scale, diversified, and context based agricultural system. This implies the fact that relying only upon mono-cropping and new technologies would cause potential risk in terms of un-intended long term effects of hybrid/modern seed varieties particularly in a situation where they replace the ecologically evolved and genetically diversified local varieties.

For most governments, productivity is the issue of priority so that they advocate modern (high-yield) seed varieties so as to ensure food security. From a practical perspective, the
perception of productivity by governments and advocate researchers lies only on the masses of grain yield and other important aspects of productivity is overlooked. However, it should be noted that the life of small holder farmers is not only about consumption through the physical net production but also their social, cultural and spiritual needs to be fulfilled by diversity of seeds. On the other hand, the aim of agriculture in the context of smallholder farming is not only to maximise yield but to reduce risk through ensuring stability and sustainability of production system. In this vein, one can argue that agricultural growth in smallholder farming can be possible only if multiple aspects of farmer’s experiential knowledge as well as context specific socio-cultural and environmental factors are considered rather than being dependent on imported ideas, technologies and associated resources.

HAUGERUD, A. 1988. Anthropology and interdisciplinary agricultural research in Rwanda. In:

SAVE THE SEED, FEED THE FUTURE

THE NEW SCRAMBLE FOR AFRICA
Scroll to top